Five Years and Over 150 Films 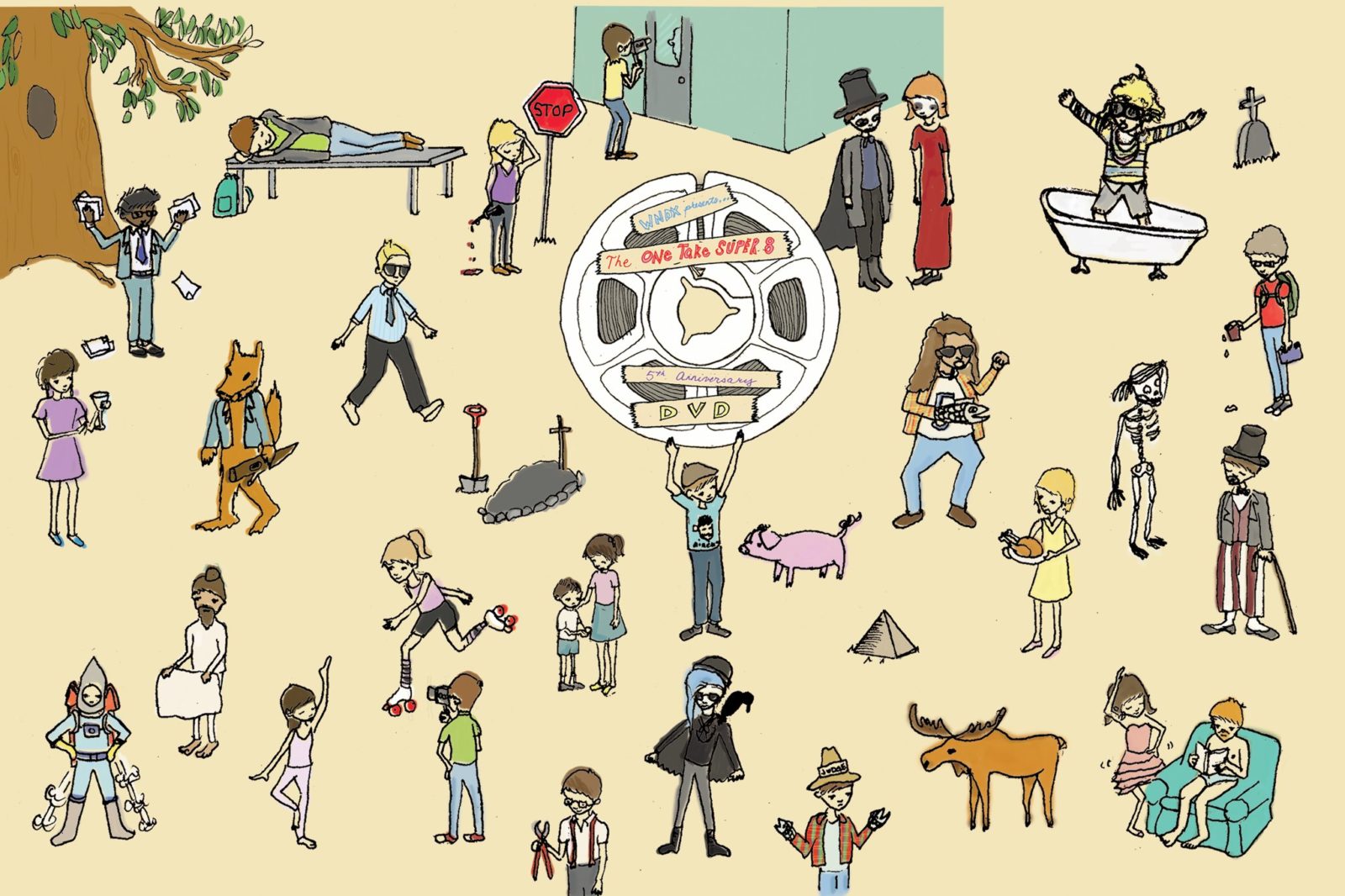 Five Years and Over 150 Films

Five years and over 150 films. The WNDX One Take Super 8 Event has produced a plethora of small gauge celluloid that has embraced the format with a gusto and creative spirit that is emblematic of Winnipeg’s independent and entirely unique artistic productivity. To singularly define a style of super 8 filmmaking that has emerged would neglect what’s made the event a continued success. The unexpected ideas, daring risks and joyful collaboration that produces each film results in a widely eclectic range of material, with each successive year building upon the body of work from previous editions.

This DVD collection attempts to capture a sense of how each filmmaker working with the same tools takes an entirely unique approach to capturing images on their 200 seconds (or 3600 itty bitty frames), showcasing not only their artistic style, but taking a format once abandoned to basements, attics and garage sales, and transforming it into a contemporary and powerful medium. Creating a digital product that’s representative of the OTS8 is a challenge, as part of the excitement of the OTS8 is akin to what makes a good concert memorable – the possibility that it could all go to sh#t in a matter of moments, whether it be a projector malfunction or an image on screen that’s so shocking, eyeballs will bleed. As opposed to a ‘best of’ mentality (although, they’re all exceptional films), this DVD is better considered a live concert compilation that highlights the five events that clearly demonstrate that Guy Maddin isn’t the only ‘pegger who knows his way around a super 8 camera.

The One Take Super 8 Event has its origins in the prairies, and it has prospered here like a field of canola with a bumper crop that has spread around the world lighting up screens with small gauge wonder. Although the first OTS8 took place in Regina, SK, WNDX has demonstrated what this event is capable of accomplishing by attracting an incredible array of participants, many who had never made a film before and having their films attract capacity audiences. A number of the films shot for this event (many of which are included on this DVD) have found their way from the closing night premiere at WNDX to festivals and audiences around the world, garnering accolades and awards.

Often the question is raised of what makes an OTS8 film a success (as often as people talk about such things). There’s no clear recipe for this, as each film has its own merits. From watching hundreds of these films that have been made across the continent at OTS8 events from Winnipeg to Fort Lauderdale, one thing emerges: the successful OTS8 film is one that takes risks, engages the audience and creates a sense of wonder at how a film could be so precise without a single touch of post-production.

Pushing formalist boundaries has provided some of the most exciting and inventive 3 minute films at WNDX, making use of animation, pixellation and macro photography. sun moon stars rain (Leslie Supnet), Tacoma Narrows Bridge Collapse (1940/2010) (Clint Enns), Devisible (Robert Pasternak), and Frame Storm (Jim Pomeroy) stand apart because of their structuralist tendencies, but more so they are unique visions of what is possible with a celluloid format and consumer grade cameras.

Countering these cinematic sensibilities are those films made for the OTS8 that are homage to early cinema and genre approaches. Rocket John (Curtis Wiebe), The Bourgeous Walk (Cam Woykin), and Poor Andy in the “Wedding Ball” (Joshua Stanton) become all the more fascinating (aside from their pure entertainment value) when viewed as technical achievements in in-camera editing, incredible rhythmic timing, and the fact that the filmmaker took a risk in the success of their film hinging on capturing the final shot (in a meticulously storyboarded narrative) before running the final frame through the camera.

Aside from these tendencies, the films that often stick with audiences are those that defy definition, and if made on any other format or filmed under any other conditions would not succeed as splendidly. There is a sense of humour and irony that is often associated with Winnipeggers that emerges in many of the WNDX’s OTS8 films and represent the fun of making a film on a format that runs on AA batteries and is about as lo-fi and DIY as you can get. Fish Arms (Mike Maryniuk), Bury the Baby (Stéphane Oystryk), Snapperdoodle (Arlea Ashcroft & Andrea von Wichert), Spider Pig (Scott Benesiinaabandan) and Heartspeak (Damien Ferland) are films best described as “Winnipeg made,” which is the highest of compliments.

The DVD also features bonus films from the members of WNDX including: