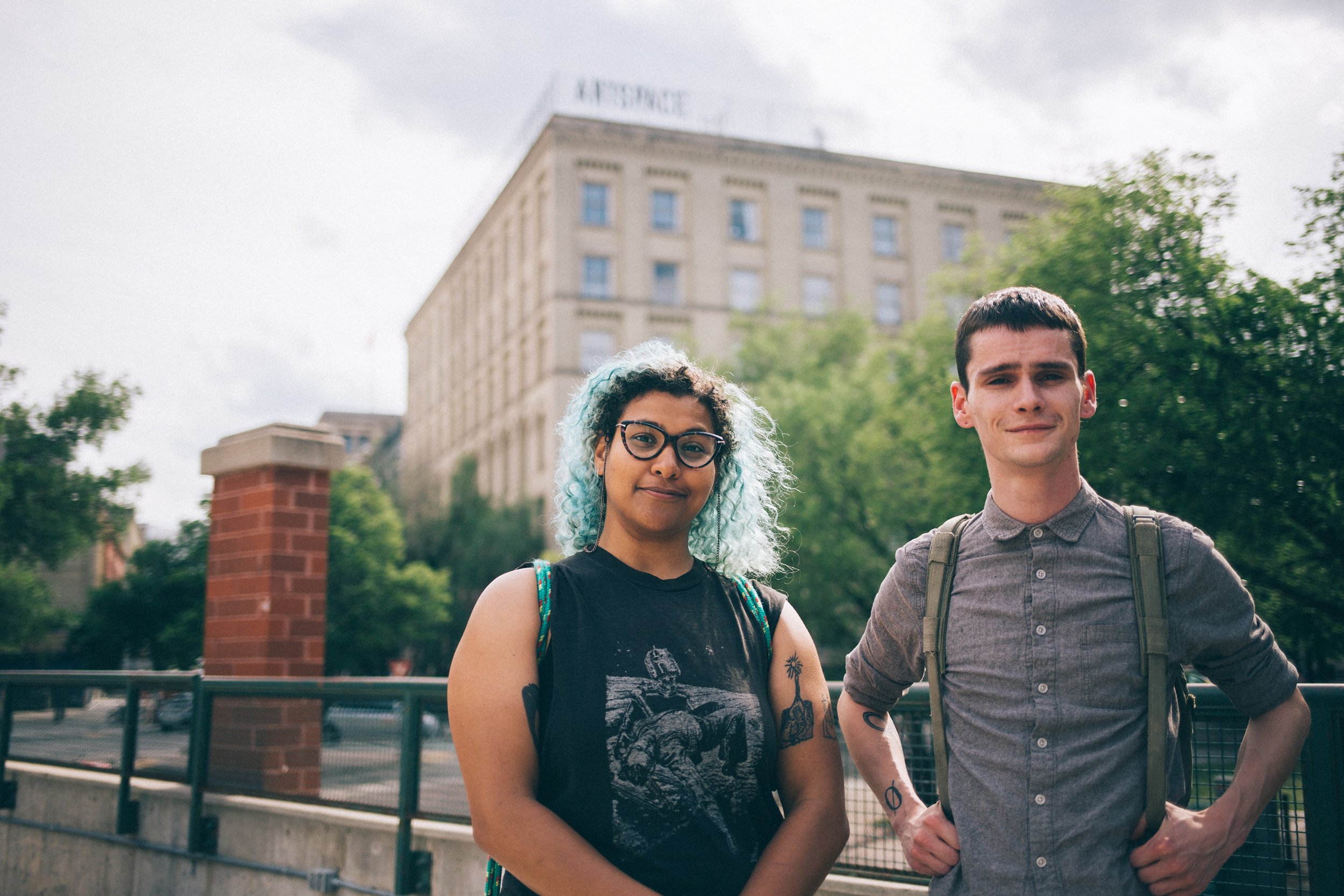 WNDX is thrilled to announce the hiring of two new staff: Scott Fitzpatrick as our Programming Director and Hagere Selam ‘shimby’ Zegeye-Gebrehiwot as our Workshop, Events and Programming Coordinator. Scott and shimby will be working in collaboration on the open call for submissions as well as other curatorial programming and professional development activities over the coming year. Please join us in welcoming them to our organization – we look forward to working with them both!

Scott Fitzpatrick is a visual artist (Libra) from Winnipeg whose film and video work has screened at underground festivals and marginalized venues worldwide. He obtained his bachelor’s degree in Film Studies at the University of Manitoba and began conducting lo-fi moving image experiments in 2010. His work has received prizes from the WNDX Festival of Moving Image, Onion City Experimental Film and Video Festival, Festival du Nouveau Cinema, FLEX Florida Experimental Film and Video Festival, and the Milwaukee Underground Film Festival. In 2018 he was the recipient of the 2018 Winnipeg Film Group Manitoba Film Hothouse Award. In addition to producing his own work, SF presents the work of others as a founder of the Winnipeg Underground Film Festival, and has curated work for the Gimli Film Festival, Antimatter Media Art, Forthwith Festival, Send + Receive, San Diego Underground Film Festival, MIRE International Film Labs Meeting and the PRISME Festival.

Hagere Selam ‘shimby’ Zegeye-Gebrehiwot is a transnational diasporic dyke born and predominantly based in Treaty One Territory (Winnipeg, Manitoba, Canada).  They oscillate between avoiding their lens-based arts practice; moonlighting as a media anthropology / entomology undergrad; and doing community-centred arts facilitation / admin / programming / writing. They will be the guest editor of the 6th and final edition of Art&Wonder published by intercopy to be released in fall/winter 2019.

shimby believes in bipoc led and centered spaces as a restorative approach to engaging with decolonization and anti-racism. They are a self-taught and community-nurtured artist and have received awards from municipal, provincial, national and international arts councils and funding bodies.

shimby has volunteered for WNDX in the past and felt like their labour was honoured and respected, which matters when putting on a small community oriented festival. As the new Workshop, Events and Programming Coordinator, they are looking forward to working alongside the WNDX team to bring you a fabulous 2019 festival.